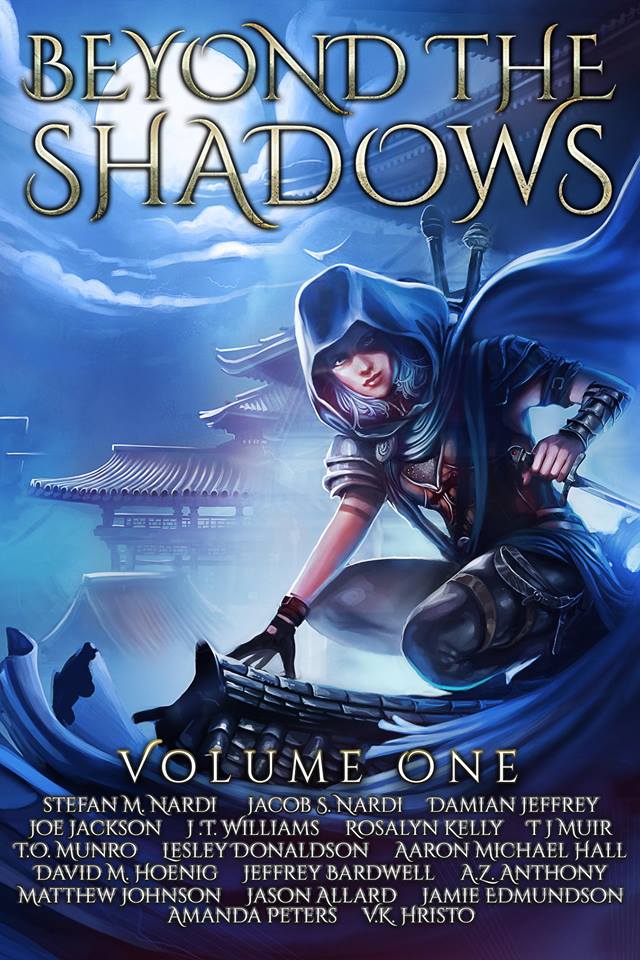 Been a while since I posted here, but I've got another story out in an anthology. This one's a bit adult and somewhat grimdark. Only available for Kindle, as far as I know.

You can find it here. 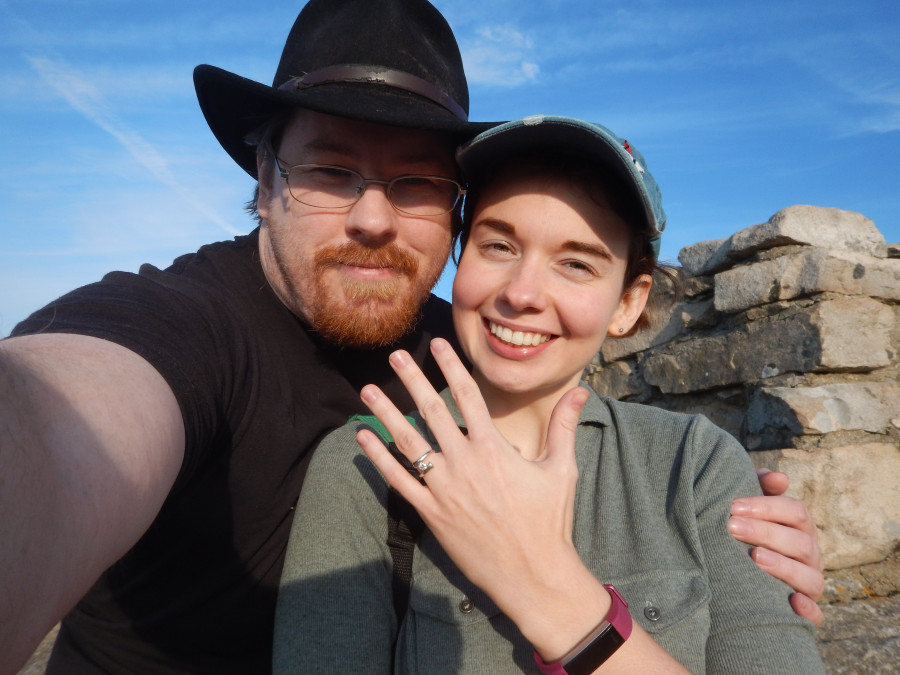 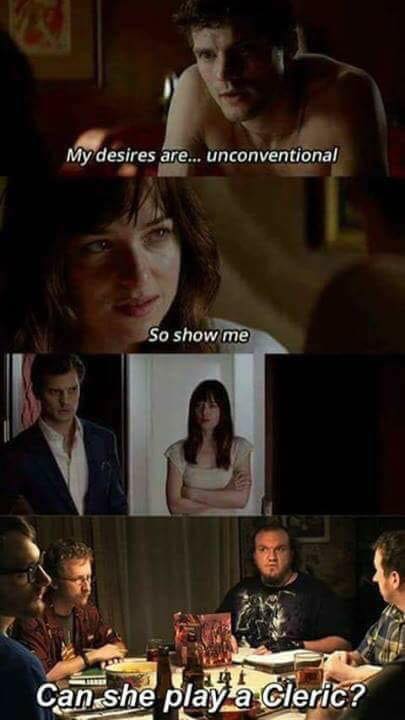 Finally got myself some extension cords and lights, so I can use my new work bench and tools.

Still got a ways to go to finish this up. And a long way to go to get ready to transition to steel. Fun so far, though. Looking forward to getting started on the real thing.

My mouse, Patience, passed away this morning.

I came to work one day to find her in a recycle bin sitting on my desk. A co-worker had found her loose on the sidewalk on campus. No idea where she came from before that. I want to guess she was about three months old when I got her in July, 2013, so at two and half years, she was a very elderly mouse. While not the snuggliest, she was a sweetie, and always happy to see me. You'll be missed, little miss mouse.

So, last night was the finale of my L5R campaign, which started back in August of last year. The PCs went on some mighty adventures, wiped out a few villages, restored a minor clan, defeated a mountain-sized oni and delved into the Hidden Heart of Iuchiban's tomb to keep a maho-tsukai from freeing her lord and wreaking havoc across the land.

It's been a long while since I've wrapped up a campaign in an organic way, and I feel the urge to write a bit of an epilogue for the PCs. Please feel free to expand, revise, or entirely rewrite any of this for your character. These are just my impressions of what the future could hold for them, they are your characters after all, and you might see them going in an entirely other direction.


Bayushi Kyo
Shortly after returning from the Crab lands, Kyo resigns from the Emerald Magistrates to take up a position as a magistrate for the Scorpions. This allows Kyo to make sure Kyo's siblings are taken care of as they are now orphans, and Kyo is now the eldest. Kyo's older sister, tapped for the special training at the Shosuro school, never returns. She appears to Kyo in several, incredibly realistic dreams, until Kyo learns that sleeping with a small crystal lantern in the room (while uncomfortable) does keep such dreams at bay.

After some years of service, Kyo is summoned by the clan daimyo and reassigned to serve as part of the Scorpion embassy to the Imperial Court. While there, Kyo serves with distinction, ferreting out several spies from all clans (including a few Scorpion "decoys") and manages to finally thwart the plans of Seppun Oyabun, who Kyo first encountered during the Topaz Championship, when Kyo saved the Empress's Crane lover, Kakita Rei, from the aged minister's assassination plot. This time, the old man's target was the Empress herself.

Hiruma Sae
Sae continues to serve as an Emerald Magistrate for many years, helping to ease the tensions along the shared border between the Crab and Crane. There she catches the eye of an Asahina shugenja named Hiko. After a lengthy courtship, they wed and settle down when Sae is chosen to succeed her father as the local daimyo.

With some additional funding from Hiko's family, they expand the small castle to include modest art school. There are few students, but most of them are Kaiu builders, who seek to add a bit of artistic style to their otherwise utilitarian architecture. Their most unusual, and therefore most famous student, is a young ratling from the Shinomen forest comes to study painting and poetry. Writing under the pseudonym "Mori", his work goes on to gain some popularity within certain circles, until his true identity comes to light.

Their two children grow up to become strong samurai. Their elder daughter even manages an excursion over the Kaiu Wall, deep into the Shadowlands, and returns with a scroll snatched from a hidden cupboard within the ruins of Hiruma castle. The scroll contains enough secrets and techniques to partially reconstruct the lost Hiruma bushi school. Their younger daughter goes on to compete in the Topaz Championship, like her mother. She comes in second, but will eventually end up marrying the winner.

Kitsu Misoka
After a few more years as an Emerald Magistrate, Misoka retires from her post. Her clan asks her to be an emissary to the newly reformed Hare clan, which Misoka happily accepts. She is reunited with Serina, and helps forge a strong bond between their clans, much to the chagrin of the Fox and their Crane allies.

Together, they help stamp out a small cell of maho-tsukai hiding within the Hare lands. However, when one of them, a ronin shugenja, is discovered to be a former member of the Fox daumyo's family, the two minor clans go to war. While better fighters, the Hare are severely outnumbered, and are quickly forced to fall back into their only refuge, Kyuden Usagi, where Misoka helps orchestrate the defenses during the three month siege. The Fox army is finally routed by the timely arrival of reinforcements from the Lion clan.

Matsu Kirito
Kirito serves as an Emerald Magistrate for many more years, until she accepts a position as a Taisa, a legion commander, with a thousand men under her, within the ranks of the Lion army. She leads her unit in minor clashes against the Crane, always emerging victorious. During a period of lowered tensions, she spends much of her time studying history. While visiting the library, she meets an Ikoma omoidasu, or bard/historian/librarian. Their courtship is brief, quickly advancing to marriage. One of their gifts stands out, a small iron bell, which reverberates with enough force to rattle sake cups when rung.

Within a year of giving birth to her first daughter, Kirito is recalled to active duty. Her unit is sent into the field, marching over the mountains, circling around Ryoko Owari, before marching into the Hare clan territory to break the Fox clan's siege upon Kyuden Usagi.

Togashi Satome
After returning to Otosan Uchi from the Crab lands, Satome is selected to replace Asako Kenichi as the Emerald Magistrate for the great city of Ryoko Owari. As an outsider and a Dragon, her point of view is surprisingly respected by the competing Scorpion and Unicorn factions within the city. By autumn, Kitsuki Mifune, having single-handedly foiled a kolat plot to cause a massive fire in Toshi Sano Kanemochi Kaeru (The City of the Rich Frog), he feels he is now worthy to accept her hand in marriage. Their wedding occurs before the first snow.

Together, they manage to curb the worst of the city's rampant crime, ushering in a period of increased prosperity. Over the years, they have five children. Most of them study at the Kitsuki school, and go on to become magistrates themselves. The middle one, their eldest son, even goes on to win the Topaz Championship.

I've always been fascinated by the ideas of global connections existing before the commonly accepted dates for such. More extensive Viking contact with the Americas, medieval knights in New England, the possibility of Romans and/or Phoenicians in the US, fleeing Carthaginians settling near the headwaters of the Amazon river, Chinese explorers on the US west coast, etc.


So, yesterday, I had the idea for a story about a group of Roman soldiers, deserters, who fled east from the Empire, following the Silk Road and tales of Oriental riches.

In researching the places and times, I came across the tale of the Battle of Zhizhi in late 36BCE. The fortress was located near Taraz, Kazakhstan. One report from the victors recorded a ground of 100 men who exited the fortress to fight on foot in "a fish-scale formation" which sounds similar to a Roman testudo formation.

One theory is that these men were former POWs, captured after the Battle of Carrhaen in 56BCE. They were sent east by their captures, who used them as soldiers to protect their eastern border near Taraz. Another theory is that they could've been descendants of Alexander's forces who continued to train and fight like Greek hoplites. It is also said these men later moved further east and settled in the city of Liqian, on the edge fo the Gobi desert.

The people of Liqian were said to resemble Europeans, much like many of the mummies recovered from the Tarim Basin, an incredibly remote and arid depression in far western China. These mummies were blond or red-haired and dressed in clothes that represent some of the furthest east examples of European fabrics.

I also find it interesting to note that Liqian is very similar to Lijian, which was another name for the nation of Da Qin (Great Qin), which is what the Han Dynasty Chinese called the Roman Empire. Later, Daqin was also used to describe eastward expanding Christian settlements... Sadly, more modern DNA evidence has largely disproven that the people of Liqian were descended from Roman mercenaries, although they have a bit more than 50% Caucasian DNA. Its probably that DNA came from Siberia or central Asia.

Now, I guess I need to decide if I want to go with my original idea of Late Roman soldiers heading east, either following the writings of Maës Titianus (who traveled from the Mediterranean to Tashkurgan at the far west of China) in the Three Kingdoms period (220-280CE) or maybe during the Jin Dynasty (265-420CE), or skew the time period earlier to make use of the possibility of Legionaries at Zhizhi.